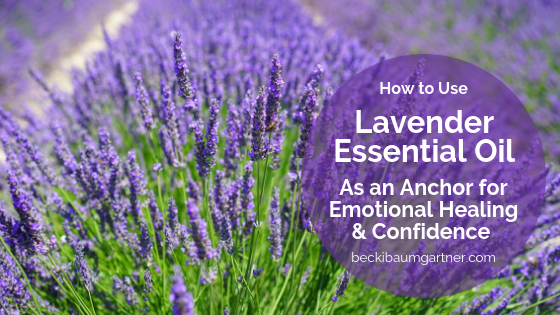 Here’s the YouTube video replay of a recent video I did live on my doTERRA team’s BOGO page.

Just stick through it for a few minutes past the BOGO info part.

I learned the technique in my Neuro-linguistic Programming (NLP) class.

It works great for me!

If you try it, I’d love to hear your results!

Neuro-linguistic Programming ROCKS, I’ll have some single-purpose videos on it soon.

Hope everyone’s having a great day. I’m here to talk to you today about Doterra’s , and our today is amazing!

I totally love both of these oils. You buy one OnGuard and you get Slim & Sassy for free. And, I use these oils all the time. I really, really love the OnGuard. Okay. On guard is a blend of wild orange, clove, cinnamon, Eucalyptus and Rosemary. And, it is an amazing protectant. And, I actually have a little story for you guys about this. I have cats and, I have four cats actually. They’re rescues and I’m doing an experiment with vitamin C with cats. But, anyhow, one of my kitties snuck out and was out all night in the freezing, but like below freezing week, we had a few weeks ago, he was out for like a night and a whole day.

And when he came back, he had a kitty cold and he was like coughing and sneezing everywhere and he ended up giving it to all of my other cats. It was terrible, but um, I was able to get rid of it by, um, I diffused onguard and along with some breathe in my diffuser, very, very, very weak, just like a drop of each and the diffuser, but the on guard when into the air and took care of all the bacteria and virus and everything that the kitties were sneezing around. And now my kitties are all totally fine. Um, it’s an amazing solution for if anyone in your house is sick. Um, it works great. You’ll love it and it smells really good too. I think it smells like Christmas. So oil is slim and Sassy and this is doterra’s metabolic blend and it is totally amazing.

Um, it has it, um, has grapefruit, lemon, peppermint, ginger and cinnamon and um, it’ll really get you going. It smells really good in the diffuser to, um, you can, um, with both of these oils, both of these oils are safe for internal use, so you can um, make a tea with them. You can put them in a smoothie, um, whatever you like the taste of, uh, any of these oils in, and you can apply them topically and they’re great in the diffuser. So those are our two Bogos don’t miss out on this. I’m getting a few of these, probably as many as possible. And, um, I do have something else to talk to you guys about today. We’re gonna do a little work with emotions and oils and essential oils are like the quickest and easiest way to get a grip on your emotions. Um, doterra has an emotions kit that is blended with oils that will put you in a particular mood and, and that’s awesome.

But, um, one of my favorite oils, free emotions is in your, uh, 10 oils starter kit and that’s lavender. Lavender is everything soothing, everything calm and it’s safe for you, your kids and your pets. It’s even say for cats diluted. Um, you can use like one drop in the palm of your hands, rub your hands together and then pet your cat with it. But it’s totally safe for everybody and it’s great for emotions. So how, um, oils, any emotions work. So your sense of smell is tied directly into your limbic system. Your limbic system is controlled by glands at the base of your spine. I mean at the base of your brain. And what happens is when you smell the scent triggers nerve endings to release chemicals and um, and that, uh, limbic system is where all your emotions are stored in your flight, fight and flight.

Um, those responses are and your fight or flight responses of what produces cortisol in your body, which is bad hormones. That’s why if you’re stressed, she gets sick. But anyways, what you can do is you can, um, when you inhale an oil, it goes straight in and affects your limbic system. So I’m a cool trick you can do with lavender and it’s, it works on you, your kids, your pets is, you can use lavender is what we call an anchor. And what an anchor is. Is it something that um, when you experience it again, it takes you back to, um, the feelings in your body of when it originally happened. So to use lavender as an anchor for maybe a dog that has separation anxiety. What you would want to do is put a drop of lavender in the palm of your hand, Rub your hands together.

And then when you’re relaxing with your dog, watching TV or anything that you guys like to do, pet your dog with a lavender. Do it over and over and over again. And eventually what will happen is the lavender will become an anchor for your dog, for good feelings. So what you can do then when you go to leave the house, put the diffuser on, put some lavender in there and the lavender initiate the anchor and the good feelings and your dog will experience less anxiety. It’s also a great thing to do with kids. If your kids are anxious about going to school or scared to do something or maybe in a play and they’re really nervous. Um, do the same thing with your kid. Um, with kids you get a little more mental with it. So what you would want to do with your, um, with your child is, um, have them sniff the lavender and then have your child close their eyes and talk to them and have them imagine like the best case scenario of the situation that’s about to occur.

Like, um, so little Lucys in the play. And so you have a closed your eyes and you say, we see you’re in the play. You’re the star. Everybody loves you. They’re clapping, you know, it’s awesome. And have her be there, have her smell the lavender, have her, hear the applause, have her feel a feeling inside anything with all the senses and that will anchor that lavender for her. And then just make sure she wears lavender to the play and she’ll feel like she was already a success. So, um, that’s how you do that and you can use it on yourself to get into a meditative state, smell the lavender, visualize what best case scenario, what you want to happen. And um, the lavender will be the anchor.

And um, I hope that wasn’t too much, but, um, that’s all I have for you today. Don’t forget to get your Bogos. You’ll miss out. If I missed out. I didn’t order the on guard last month and I used it all up and ran out this month or last Vogel. And I use your Dalton ran out on my kitties. So make sure to get your logos and hope you enjoy the information. Have a great day.

Oh, I almost forgot. Peppermint be lists. We do have a winner for peppermint. V Let’s in that is Mary Lee’s. So Mary, just let me know how you want me to get you your ballots and um, you’ll love these. I love these too. Have a great day. Everyone. 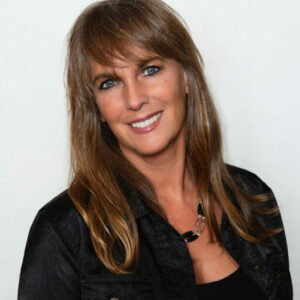 Internal Use of Essential Oils

Aromatic Use of Essential Oils

Reducing Toxic Load – Inside & Out

Toxic Load: What are You Putting On Your Skin

Cat Allergies 101: How to Stop the Itching, Scratching & Throwing Up

Dog Allergies 101: How to Stop the Itching, Scratching, Licking and Painful Vet Bills

Eastern Food Therapy for Pets: How to Use Food as Medicine for Health & Harmony

Help! My Cat Has Renal Failure: How Kitty Can Still Live a Healthy, Happy Life

Solutions for Dogs With Cushing’s Disease: How to Make Your Best Friend Feel Better

What Every Dog Owner Should Know About Cancer: An Arsenal of Medical, Holistic & Alternative Options

What Your Vet May Not Tell You About Torn Knee Ligaments: Understand the Options & Make the Right Choice for Your Dog

All information contained on this website is for your informational purposes only. The information you find on this website should not be used by you as medical advice or as a substitute for professional medical advice, diagnosis, or treatment. Always seek the advice of your physician or veterinarian with any questions you may have regarding a medical condition for you, your family, or your pets.Our natural health products and services do not diagnose or cure disease. They are natural products and services that are intended to be used as complementary healing arts. Use as instructed, and if you require medical advice, diagnosis or treatment, see a doctor.
error: This content is copyright protected!